“The ‘Mystery Blogger Award‘ is an award for amazing bloggers with ingenious posts. Their blog not only captivates; it inspires and motivates. They are one of the best out there and they deserve every recognition they get. This award is also for bloggers who find fun and inspiration in blogging and they do it with so much love and passion”  –Okoto Enigma; Creator of this award

Pure unexpected excited joy is what came over me once I realized the type of award Victor Writes Everything   had nominated me for. One question that came to mind, How/Why me? Quickly retracting the question and answering for myself with the conclusion of timing. A beacon of talent bursting through a blog page, soon to be released, is how I would describe his works thus far (there is NO limit, Keep going!). I am humbled and honored to be considered as deserving of this award!

“I sometimes think only sorting things out in my head is not enough” – I feel you on this Victor, this is why I write. Funny enough I was just told yesterday that I need to record myself speaking more often – I guess I have a soothing voice! so I will be working on voice recordings!

How do I feel? Elated – Overjoyed – very appreciative I don’t know how many times I can say it but THANK YOU! Makes me even more eager to get some more work on here, be patient with me though I do not blog everyday but best believe I am creating something!

Electric based on the likes received, My personal best would be Vessel Of Refuge; why? because it speaks on silent struggle for a lot of people, and myself.

And all my followers who work hard to change somebody’s life out here, receive this nomination, love you all. **

Answers To Victor Writes Everything

My Questions To The Nominees

Before the sun could fully appear… A substance appeared to me today.. a particular..

Propelling echo’s into the Universe..

Feeding the plant of

…The will to succeed automatically switches on when faced with obstacles, sparking creativity paralleled with destiny. Neglecting fear, instilling confidence… -Cmoas

“There is pleasure in the pathless woods”  – Lord Byron

A Journey maybe unknown but take pride, enjoy the ride, for the path led strengths your soul… 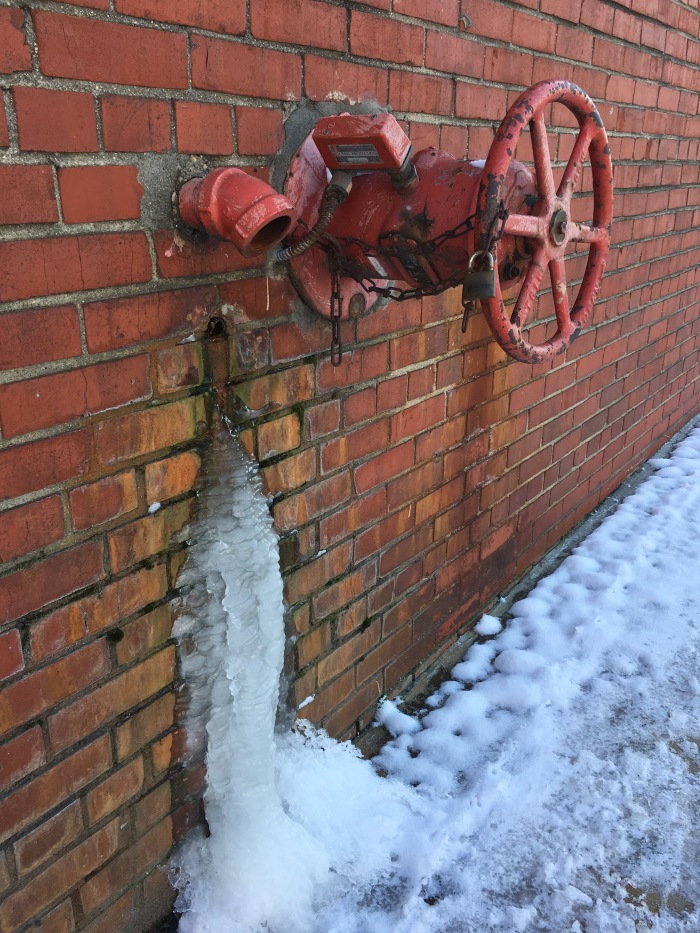 “Communication is on of the most important keys to life”. – common statement

– If that’s the case, why is it so easy to lose touch with one another?

In no way am I saying that I’m the perfect candidate to hold a seminar on keeping in touch… But I made a vow to do better. Ironically this subject has been lingering awhile – finally had the fuel to jot it down.

The other day I spoke with an old friend, our conversation made me think about how and why us individuals lose touch so frequently,  almost as cold as ice.

My freshman year in college (Virginia State University) I met a guy who instantly became my good friend. We would literally talk or see one another every day! He was very easy to talk to, non-judgemental, understanding real down to earth type of guy. Many would inquire, but it was just that simple we were friends. I learned from him the Baltimore culture and in return I gave him insight to Virginia living, it was dope! Sorta like that feel of being friends for sometime prior.

“If the friendship was just that great what happened”?

Unforseen circumstances is probably the best statement to soften the blow, second semester came around, but my friend did not return.

I will say though social media makes it super easy for one to think that they are keeping up with a person by providing visual connection and partial written communication (comments, likes, etc.) which negates the interpersonal level of communication (face-to-face). Outside of social media – text messaging, email, or just picking up the phone to call will suffice, even a hang-out session – all exist. Needless to say these examples exemplify all forms of communication: written, nonverbal, interpersonal and oral.

Could it be we all just get caught up within our own lives we neglect, from time to time, our peers? I don’t know about you, but I am guilty of this occurrence..

On another hand some folks are going to fall in and out of contact.. its life.. you just have to learn to separate the temporaries from the permanents. Time is the only true revealer of that.

To those whom I may not have had any communication with for sometime; charge it to the game and not my heart!!

I am going to do better, how about you?

What a way to start the week! I have been nominated for the first time ever for The Versatile Blogger Award! My fellow blogger Deepika, I don’t know how much I can express my appreciation! It is very humbling that anyone actually takes the time to read and actually take-in my works. This is just a push for me to keep blogging! Thank you! Please take the time and visit Deepika’s Fabulous blog, you’ll be glad I told ya!

Even though January 16th is recognized as Martin Luther King Jr Day, King was born January 15th 1929. Originally a federal holiday was first proposed just four days after his death in 1968 (Assassinated April 4, 1968). Finally two decades later the holiday was signed into law 1983, In 1986 is where the first observance actually had taken place. As you can see such time gaps indicate the fight within govt for this recognized holiday. Most states opposed the idea, some southern states  even recognize Robert E. Lee on the exact same day as King’s designated holiday. 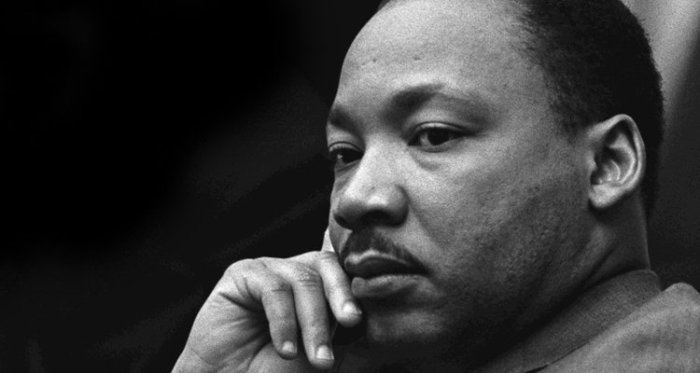 I had the privilege of being introduced to this subtle fire’s activism (works) at a young age. I may have not been sharing the same era, but it was something about the way he painted colorful pictures with words, made the vision reality. King fought for equal rights across the board, despite obstacles thrown his way, he is the definition of a true leader. I honor you for your courage, strength and fearlessness. Thank you a thousand times! The “I have a dream”  Speech may be one of his most quoted deliveries, in retrospect I would like to share some quotes that I like most.

“I believe that unarmed truth and unconditional love will have the final word in reality. This is why right temporarily defeated is stronger than evil triumphant.”
— Nobel Prize Acceptance Speech, December 10, 1964

“Freedom is never voluntarily given by the oppressor; it must be demanded by the oppressed.”
— “Letter from Birmingham Jail,” April 16, 1963

“Like anybody, I would like to live a long life. Longevity has its place. But I’m not concerned about that now. I just want to do God’s will. And he’s allowed me to go up to the mountain. And I’ve looked over, and I’ve seen the promised land . . . So I’m happy tonight. I’m not worried about anything. I’m not fearing any man.”
— “I’ve Been to the Mountaintop” speech, April 3, 1968 (the day before his assassination)

“Nothing in all the world is more dangerous than sincere ignorance and conscientious stupidity.”
— Strength to Love (1963) 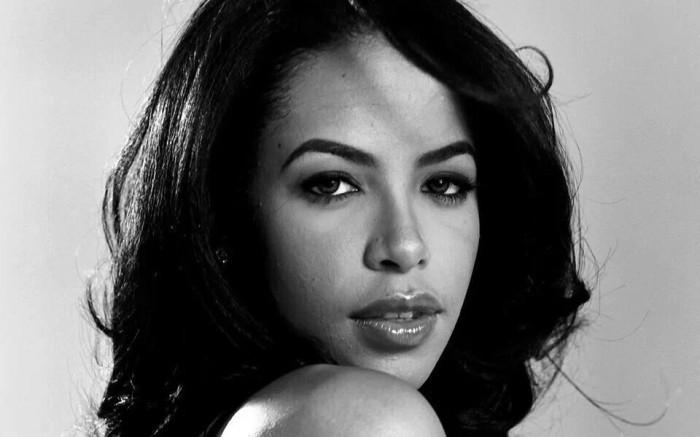 Where to start? Back in 1994 when the release of “Age ain’t nothing but a number” had the music scene open.. Or could it be the release of “One in a million” in 1996, which FOREVER transformed R&B/Pop sounds PERIOD  ..No..no.. It has to be when you graced the stage of the Apollo.. No matter the memory… Undoubtedly Aaliyah was just that bad! Wearing multiple hats as a Soultress, Dancer, Model, and  Actress.. She had accomplished it all in such a short time, paving the way and becoming a musical inspiration for several different artist whom succeeded after.

Aaliyah’s smooth tomboy lustrous appeal gave young girls, such as myself growing up, confidence. Also the courage to be who you are no matter how anyone else may perceive you. That aspect alone set her aside from the rest, while watching her evolve into a young woman. All I’m just saying is who didn’t want to immolate Aaliyah?  Not to mention that her music was indeed “Hot Like Fire” 🔥 Including the features! It is hard trying to explain the connection I felt to a woman I barely even personally knew, Her spirit was definitely felt through sound…Thank you for sharing your gifts with the world!!!

Literally I can go on for pages about who she is and why she is just that important!! If you find yourself reading this piece and you are not too familiar with whom Aaliyah may be please I encourage you to do yourself a HUGE favor and get familiar.

I honor & pay homage to this Queen

The past few days have been sorta asymmetrical for me.

That is probably the best descriptive word to use.

Although negativity NO longer lingers,

Results from a great sacrifice

Taking Stagnate steps towards the next challenge.

Breaking this trance of silenced thinking,

As if I was first Born.

As if I was Dreaming.

As if I was Sleeping.

For the Outsiders that gaze on

Being presumptuous in what they think they know is factually sound

When in reality It’s just another one-sided ploy.

You never gonna get me down.

This is the warm-up

“Open up to infinity and become infinity” – unknown

About a month ago..

Where has time gone?

Where did time go?

Where could they be?

Appear as though they are

No longer knowing just where to stand.

For if I take a step to my left

I then would be playing hooky

From the path set before me, not quit envisioning the absents of two precious kings.

Forging ahead with this hand dealt.

I will never Astray!

I will never Awry!

Anticipation of your return

Sojourn’s in my conscience sleep

I Love you for everyday that your away,

We will  meet again. 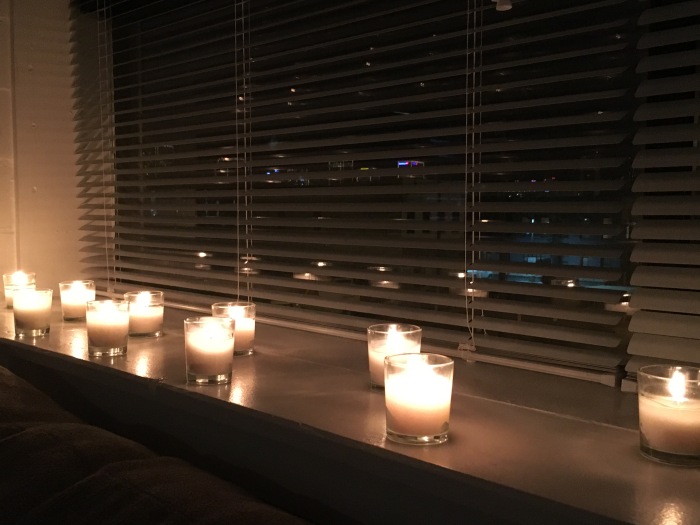 All the negative thinking is left as a thing of the past, transforming your thinking/mindset is a must!!

Evolving forward with the equinox: Universal Law is REAL.

You attract what you put out into the atmosphere!! Do not allow yourself to be swallowed into the depths of Negativity! “Heavy Lies the head that wears the crown”

A pledge for your validation is not what I seek. Simply put, research for self.

Following the path of light will lead to success, prosperity with great health

& Anything you put your mind to!

–Here’s to a BRIGHT year!! Wishing you all the very best!